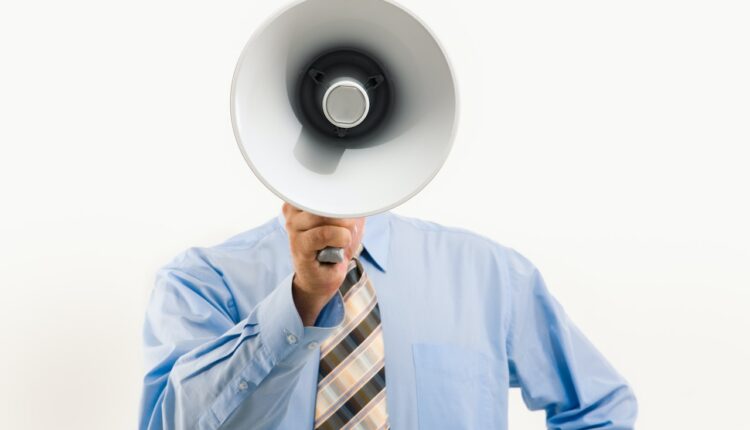 The blockchain and Bitcoin. Decentralized finance and smart contracts. Non-fungible tokens and play-to-earn gaming. The new world of Web 3 is a lot of things — but simple isn’t one of them. A few speakers manage to turn the complexity of the blockchain into concepts that are easy to understand and quick to grasp.

These men and women take questions from the audience — and have a coherent and logical explanation for anyone who knows enough to frame a good question. If you are creating an event and you want a great keynote speaker — whether in person or virtual — choose from this list.

When I study, listen, attend conferences, and get lists like this one ready — it’s a difficult process (no doubt, those of you in this business can relate).

I have listened to most of these individuals speak and usually put Joel Comm at the top of my lists because he’s so dang funny — although these speakers are listed here in no particular order.

Joel Comm reached the blockchain world after selling a games company to Yahoo!, revealing the secrets of Google’s AdSense system, and explaining how to market on Twitter as soon as the “microblogging” platform was launched. With Travis Wright, he presents both The Bad Crypto Podcast and The Nifty Show, two podcasts that interview blockchain leaders and entrepreneurs, explaining their activities to a non-technical audience.

Igor Pejic is the author of Blockchain Babel. He’s the former head of marketing at BNP Paribas Personal Finance Austria and a teacher at the University of Vienna. His experience in both the finance industry and in education has enabled him to translate blockchain technology’s jargon into understandable language and to explain why it matters. He’s seen how finance is responding to the rise of digital currencies and distributed networks, and he can explain it.

Andre de Castro is a software engineer and a Bitcoin pioneer. He works with Fortune 500 clients, helping them to understand and prepare for the development of cryptocurrencies. He also contributed to a 2014 administrative ruling that enabled corporations and startups to trade cryptocurrencies in the US. He is an expert on the opportunities available in the blockchain world and, in particular, the possibility of earning through arbitrage across different trading platforms.

Anne Lise Kjaer is an expert on trends. She’s the author of The Trend Management Toolkit and has talked to companies, including IKEA and Swarovski, about changing consumer fashions. The trends she’s discussed have included health tech and digitalization, but she also talks about fintech, how it’s changing, and what effect those changes will have on consumers and the companies that serve them.

Professor Lisa Short’s emphasis is on education. She’s the founder of Mind Shifting and the Frontier TechED Accelerator uses education to bring together small and medium-sized businesses and cutting-edge technologies. Lisa Short is also the director of Learning and Ecosystems for the United Africa Blockchain Association, which delivers blockchain and artificial intelligence education across Africa.

John Biggs is a journalist. Biggs has been an editor-at-large for TechCrunch.com and has written for publications including Wired, the New York Times, Linux Journal, and Popular Science. He is now news editor at CoinDesk, the world’s leading source of blockchain news, and has written books about blogging and online scams. He was also the CEO of fintech startup Freemit.com, adding real-world experience to his research and writing.

Sam Wouters is a consultant at Duval Union Consulting, a consultancy firm, and is a co-author of the Digital Transformation Book, a guide to bringing digital workflows to large companies. He now focuses on Bitcoin and the blockchain, helping companies to understand how the technology works and what they can do with it.

Laura Shin is the host of Unchained, one of the Web’s leading blockchain podcasts. She was senior editor at Forbes and the first mainstream journalist to take crypto as her full-time beat. She is also the author of the recent investigation of crypto’s early days: The Cryptopians: Idealism, Greed, Lies, and the Making of the First Big Cryptocurrency Craze. Her talks focus on the blockchain’s effects on ownership, online organization, and earning potential.

Tony Scott was President Barack Obama’s Chief Information Officer. He launched a 30-day Cybersecurity Sprint and directed the government’s cyber defense efforts. He also managed the net neutrality policy and oversaw the privacy issues that emerged from Apple’s suit against the FBI. He now runs the TonyScottGroup, where he gives enterprise-sized firms strategies to cope with and make the most of changing IT infrastructure and new technologies.

Elias Ahonen’s 2016 book, Physical Bitcoins and Crypto-Currencies, was one of the first histories of digital currency. He is also the author of Blockland, a collection of stories about Bitcoin, blockchain, and cryptocurrency. He’s been active in the blockchain space since 2012 and runs a blockchain consulting company called Token Valley.

Here are a few articles for your reading pleasure and information — about these topics.

Most of these images were taken from the Speakers Linkedin Profiles; Thank you!

Deanna is the Managing Editor at ReadWrite. Previously she worked as the Editor in Chief for Startup Grind and has over 20+ years of experience in content management and content development.

5 Crypto to Watch For the Next Bitcoin Bull Run 2022

The Destroy All Humans Franchise is on a Roll, But It’s Time for Crypto to Return Bigger Than Ever