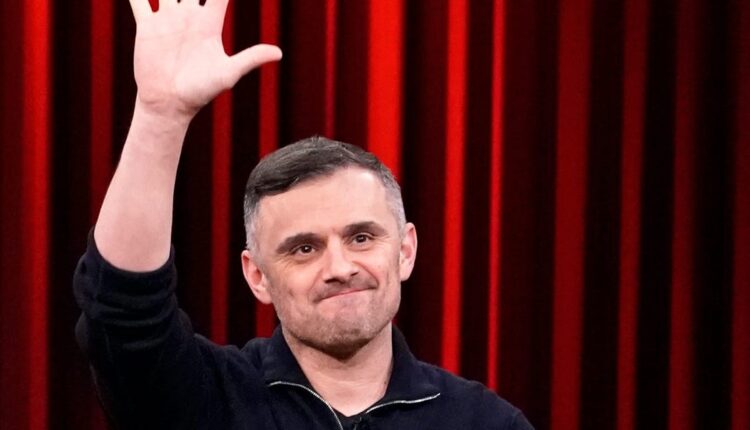 3 Important Tips Before You Invest in NFTs

Gary Vaynerchuk, the internet’s head honcho of hustle, has turned his attention to crypto — specifically NFTs.

That might seem like an odd turn for Vaynerchuk, who last year predicted that 98% of NFT projects were destined to fail, and characterized the 2021 bull market as a gold rush fueled by greed. But the serial entrepreneur still believes that there’s tremendous potential in the nascent space.

In an interview with Insider, he shared exactly why he thinks most NFT projects will fail, discussed how he spends 100 hours vetting projects, and gave three pieces of advice for prospective NFT investors.

Gary Vaynerchuk, known better online by his nickname GaryVee, is far from just another influencer. While he boasts impressive social media stats — including 14 million followers on TikTok and 10 million followers on Instagram — he’s also the founder of Resy and has invested in companies like Facebook, Twitter, and Snapchat.

Now Vaynerchuk has turned his attention to the world of NFTs, and in his usual enthusiastic fashion has dived in headfirst.

Vaynerchuk owns over 5,000 NFTs, including several from prominent collections like Cryptopunks, The Bored Ape Yacht Club, and World of Women. Never one to stand on the sidelines, Vaynerchuk has also created his very own NFT collection, VeeFriends. VeeFriends recently announced a $50 million Series A investment from Silicon Valley bigwigs Andreeson-Horowitz, and earlier this year Vaynerchuk hosted VeeCon,’ a conference where access was limited to those who held a VeeFriend NFT.

Why does GaryVee say most NFT projects will fail?

Vaynerchuk’s prediction last year that the majority of NFT projects were likely to fail was somewhat contrarian in the midst of 2021’s bull run — but now he seems to have been proven right.

According to nonfungible.com, the number of active NFT wallets has decreased 89% from its high of 118,220 in November 2021 to 12,935 today. Reportedly, two thirds of all NFT projects are under water, and the crypto winter has spurred a 25% decline  in NFT trading volume.

Vaynerchuk’s comments last year stemmed from his conviction that the NFT market was growing too big too quickly, and that investors looking to make a quick buck were chasing whichever project caught the market’s eye on any given day. He drew a parallel between over-enthusiastic investors pouring money into internet companies and inflating the dot-com bubble in the late 90’s, and over-enthusiastic investors pouring money into NFTs last year.

“Literally last summer — when I started making the content — I’m like: ‘this is exactly what happened to internet stocks in ’99.’ The macro thing was so big and smart people saw it, but they got ahead of themselves on timing,” Vaynerchuk said.

He continued: “What happens during times like this, you get the best and the worst you get very thoughtful, real technologists, real consumer behaviorists, and then you get the degenerate gamblers.”

Considering the sudden deflation of the NFT market, Vaynerchuk characterized the behind-the-scenes conversations in the NFT community today as far more tame than they were during last year’s bull run.

“The 5% that understood what was happening are having thoughtful, in-depth, 2023-2030 conversations, and the 95% that we’re here for the gold rush, the conversations are quiet because they’ve left,” Vaynerchuk said.

What GaryVee looks for in an NFT project

Vaynerchuk says he spends 100 hours vetting a project before he decides to invest, an amount of time he jokingly summarized for Insider.

“Reading, listening, and watching videos, podcasts, and written word. My reading comprehension stinks. So I think people could do it in 25 hours instead of 100,” Vaynerchuk said.

More seriously, Vaynerchuk said the aspect he most focuses on before making an investment is a project’s founder.

“I get asked this question a hundred times a day and I always say the same thing: spend as much time as possible gathering information about the person that’s leading the project,” Vaynerchuk said.

Vaynerchuk acknowledged that not everyone will be able to reach out to founders directly like he can, but he said you don’t need to necessarily connect with a founder to form a comprehensive opinion.  He said he looks for how active a founder is on a project’s Discord, and if there are videos, podcasts, or articles about them.

“You could just watch interviews of Yam [Karkai, founder of World of Women],” Vaynerchuk said. “See if you think she’s smart. And then literally buy her NFT.”

He suggests reading up about NFT projects on Reddit — which his company Vayner3 has partnered with for an “ABCs of NFTs” playbook — Discord, and Twitter.

But even if he likes a project and the founder behind it, his final step is to read any opposing views about the project in order to get an even-handed perspective.

Vaynerchuk has three overarching rules for investors who are considering diving into the NFT market.

First, he says to only invest money you are comfortable with losing. Vaynerchuk said that speculative assets sound great when things are going well — but when things go bad, those assets can go to zero quickly.

On that note, he says to only invest in something that you actually understand, or are willing to put in 100 hours of your own research into, rather than chasing the hot project dujour.

Finally, he says to set your investment horizons for speculative investments to “five years, not five weeks.” If you’re trying to make a quick buck, it’s better to “buy things with the money you have and flip it on eBay” than it is to invest in an NFT, he said.

Vaynechuk reiterated his thoughts on the parallels between investing in NFTs and investing in tech companies during the dot-com bubble — stressing that the smart way to minimize risk is by betting on projects that already seem to be winning, even if that means accepting lower profits than you’d enjoy as an early adopter.

“For things that are this speculative, I think you are better off buying PayPal, eBay, and Amazon in 2004 than you were in 2000. Sure you left some money on the table, but you were able to pick the winners that were more obvious,” Vaynerchuk said.

Get Entries On These Crypto Before Extreme Po…

The new oldest NFTs on Ethereum? 🧐

What is regenerative finance (ReFi) and how can it impact NFTs and Web3?