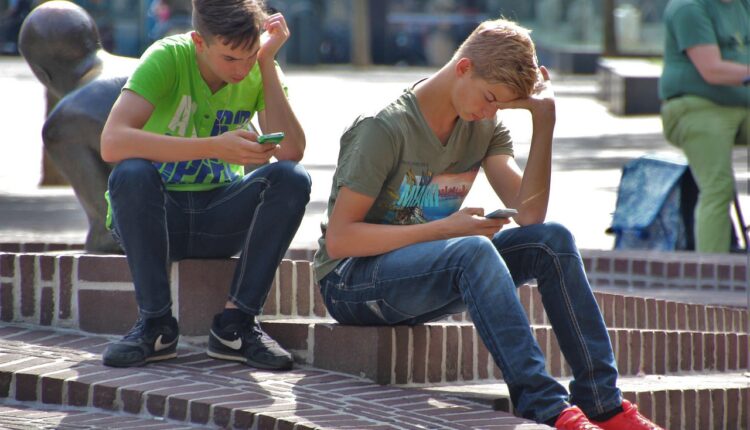 It is hard to ignore the success of mobile games in recent years. While they are not everyone’s cup of tea, mobile titles today represent over 60% of all gaming-related activity. It makes one wonder what the future has in store for this industry, especially with the advent of Web3 technology becoming the norm.

Mobile Games Are A Big Success

The mobile gaming landscape has exploded in recent years with the release of new, powerful smartphones and tablets. As such, the market is now worth an estimated $50 billion and is proliferating. There are now over 1 billion mobile gamers worldwide, and this number is only expected to grow.

Mobile games are typically played on smartphones and tablets, although one can also play some on feature phones. The most popular genres include puzzles, casinos, strategy, and action games. Games can be downloaded for free or purchased for a price. In-app purchases are also becoming increasingly popular, allowing players to buy virtual items or power-ups in-game. Players will always look for quicker progress or gain other competitive advantages.

Most mobile games are developed by independent studios, although several big-name publishers have entered the market in recent years. The most popular platforms for mobile gaming are iOS and Android, although there are also some games available for Windows Phone and BlackBerry devices.

The mobile gaming landscape has evolved considerably over the past few years. The introduction of powerful smartphones and tablets has made gaming on the go more accessible than ever before. The growth of social media and mobile messaging apps has also created new opportunities for gaming companies to reach players. That social element is likely to become even more prominent in the coming decade.

Which Devices For Mobile Games?

There are a few different ways to play mobile games. You can either play them on your phone, tablet, or handheld gaming device.

The best phones for mobile gaming are the latest generation devices from all big manufacturers or even dedicated gaming phones from brands like ASUS. These phones have large, high-resolution screens that are perfect for gaming. They also have powerful processors handling the most demanding mobile games, providing a more appealing user experience.

The best tablet for mobile gaming is the iPad Pro. It has a large, high-resolution screen and a powerful processor to handle the most demanding mobile games. It also has a great battery life, so you can play for hours without worrying about running out of power. However, competitive Android devices offer similar benefits – and access to the Google Play Store. It comes down to using an ecosystem one is comfortable with.

There is a growing market for handheld gaming devices, too. These units may run on Android, Windows, Linux, SteamOS, or other operating systems. Notable devices include the Steam Deck, the AYA NEO line, etc. While these devices may come at a higher price point, they often provide a full-fledged PC experience in the palm of one’s hand.

What Comes Next For Mobile Gaming?

The mobile gaming market is forecast to grow significantly in the next five years. The market is expected to reach $196 billion by 2025, up from $77 billion in 2020. The growth is driven by the increasing number of smartphone and tablet users and the popularity of mobile games. In addition, developing new technologies, such as augmented and virtual reality, is expected to boost market growth further.

Furthermore, Web3 technology will play a significant role in mobile games by enabling developers to create more interactive and engaging games for players.

By using Web3, developers can create games that use player data to create dynamic gameplay experiences. Additionally, the new technology will allow developers to create games that can be played across multiple devices, including smartphones, tablets, and computers, and feature a more outspoken social element.

CryptoMode produces high quality content for cryptocurrency companies. We have provided brand exposure for dozens of companies to date, and you can be one of them. All of our clients appreciate our value/pricing ratio.
Contact us if you have any questions: [email protected]
None of the information on this website is investment or financial advice. CryptoMode is not responsible for any financial losses sustained by acting on information provided on this website by its authors or clients. No reviews should be taken at face value, always conduct your research before making financial commitments.