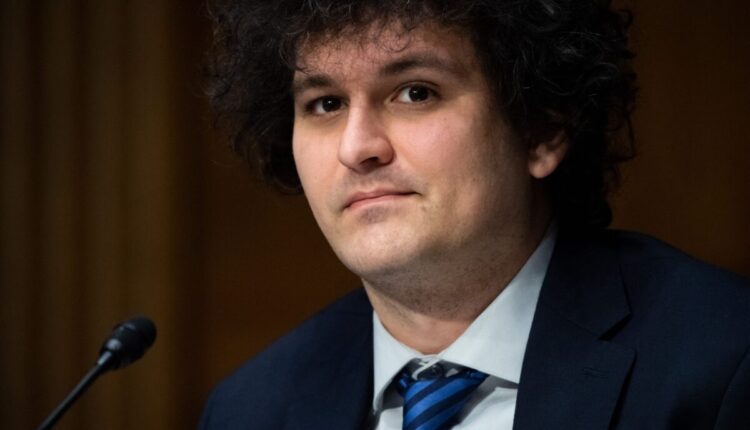 One month prior to the catastrophic collapse, prominent crypto investors accused FTX founder Sam Bankman-Fried of “quietly lobbying” regulators. For well over a year, the former billionaire offered various suggestions, in interviews and in policy papers, as to how D.C. officials might police the nascent industry.

Which government body ought to govern crypto was at the center of Bankman-Fried’s regulatory ideations.

“He thinks it’s very, very important that the Commodity Futures Trading Commission (CFTC) regulate his business,” wrote Bloomberg columnist Max Chafkin back in June. “In choosing the CFTC over the SEC, Bankman-Fried and others like him are picking the more pliable of the two agencies.”

In a Twitter post on March 28, the FTX founder signaled his approval for the CFTC assuming an “expanded role in policing cryptocurrency trading.” A month prior, Bankman-Fried hosted a private event for Washington insiders which, according to anonymous attendees, was intended to induce Congress to expand the powers of the commission.

In response to the appointment, Center for Economic and Policy Research director Timi Iwayemi highlighted in September that “this move further illustrates FTX CEO Sam Bankman-Fried apparently insatiable desire to accumulate a cadre of revolving door pawns to influence crypto legislations and policy in Washington, D.C.”

FTX general counsel Ryne Miller also comes from the CFTC, where he worked directly under Gensler, who was the CFTC’s chairman from 2009 to 2014 during the Obama administration. In 2014, Mark Wetjen took over as chairman of the CFTC, succeeding Gensler. He also joined FTX as head of policy and regulatory strategy in 2021.

“Government officials in Congress and at independent agencies like the CFTC should focus on protecting consumers and ignore any entreaties from their former colleagues who now represent the industry’s interests,” Iwayemi pleaded in the weeks leading up to the FTX liquidity crisis.

Sommers, Miller, and Wetjen did not respond to requests for comment.

In an interview with CNBC, Bankman-Fried expressed indifference as to which body ultimately would wield authority over the digital asset space, although he went on to praise Sen. Kirsten Gillibrand’s legislative efforts. Gillibrand (D-N.Y.) sponsored the Lummis-Gillibrand Responsible Financial Innovation Act, which would yield “exclusive jurisdiction” over crypto transactions to the CFTC.

The bill’s cosponsor, Sen. Cynthia Lummis (R-Wyom.) released a statement on the FTX scandal, saying it further demonstrates the urgency to pass her legislation.

A more recent crypto-related initiative, the Digital Commodities Consumer Protection Act (DCCAP), earned the public support of Bankman-Fried as well. This bill (pdf), like the one formerly mentioned, would grant broad-scoping and exclusive powers over the crypto industry to the CFTC.

In October, the crypto entrepreneur took to Twitter to voice his optimism that the bill would “provide customer protection on centralized crypto exchanges” without endangering decentralized finance (DeFi).

Soon after, a draft of DCCAP was leaked. Many crypto experts reached the opposite conclusion as Bankman-Fried.

“This bill would effectively ban decentralized finance, and force consumers to use centralized products like FTX,” said Adam Cochrane, partner at Cinneamhain Ventures, on Twitter.

Decrypt Media dubbed DCCAP the “DeFi Killing” bill, while the crypto lobbyist group Blockchain Association issued a warning, “The bill could be interpreted as a ban on decentralized finance.”

SEC Chair Gensler criticized DCCAP during an address to the Healthy Markets Association, saying the bill was promoted by “the same folks that failed in the last day or two,” referring to Bankman-Fried and FTX. “And you sort of wonder, why?”

The passage of DCCAP would substantially limit Gensler’s jurisdiction over the crypto industry.

The bill is sponsored by Sens. Debbie Stabenow (D-MI) and John Boozman (R-AR). FTX donated to each of their campaigns and spent $270,000 lobbying on behalf of DCCAP and the Lummis-Gillibrand Act.

Gillibrand, Lummis, Stabenow, and Boozman did not respond to requests for comment.

A recent poll by the Crypto Council for Innovation showed that a majority of U.S. voters want more crypto regulation. David Sacco, finance instructor at the Pompea College of Business, sees things differently.

“I am not sure more regulation is the answer,” Sacco told The Epoch Times. “In fact, I believe that one of the consequences of too much regulation is that it gives investors a false sense of security.

“Because an industry is regulated, investors are not as diligent in assessing risk. This was a big part of what happened in 2008.”

As things stand today, many are expecting Bankman-Friend to be called to testify in front of the House Financial Services committee hearings planned for December. Financial Services Chair Maxine Waters said she will seek testimony from the former founder, currently believed to be residing in the Bahamas.

Liam Cosgrove works as a freelance journalist covering business, markets, and finance. He received his bachelor’s degree in mathematics from the University of California, Santa Barbara.