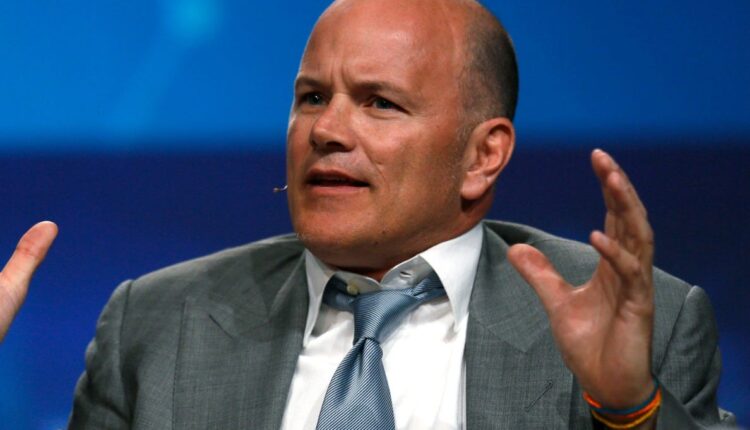 The FTX debacle has created a “deficit of trust” in the cryptocurrency market, according to bitcoin bull and Galaxy Digital CEO Mike Novogratz, who argued that the industry should and will be regulated after the downfall of Sam Bankman-Fried’s exchange.

“This is about transparency and disclosure, in lots of ways. Our industry has failed to self-regulate. I think the money side of crypto, companies like ours that buy and sell and lend and do derivatives, are going to get regulated and should be,” he said in an interview with CNBC on Wednesday.

Novogratz pointed to the messy balance sheet at FTX, which didn’t have an in-house accounting department and intertwined its financials with Alameda Research, its affiliated trading firm. Sources familiar with the companies claimed that Alameda traded with customer funds from FTX, CNBC reported, snd FTX’s new CEO, who is leading the company through Chapter 11 bankruptcy proceedings, said employees may have even used company funds to purchase homes and personal items in the Bahamas.

“I think coins should be segregated in your account, and they shouldn’t be lent unless you give them permission to lend,” Novogratz said, noting that other exchanges, like BlockFi, had clearer terms on what customer funds would be used for.

“This is always about building trust with your clients. And right now we’re in a deficit of trust. People think there’s a black swan around every corner, that everyone else is a sociopath, saying one thing and doing something else,” Novogratz said.

But while Novogratz called the situation a “crisis of confidence” and warned that investors weren’t “out of the woods” yet, he believes crypto will remain in the mainstream.

“There are 150 million people that have already decided to store some of their net worth in bitcoin, in this decentralized community that is verified in cryptography. And so in no world is bitcoin is going away, or quite frankly, the blockchain and Ethereum and everything else,” he said.

Other big investors have also expressed renewed bullishness in spite of the shocking collapse of Bankman-Fried’s exchange. Ark Invest’s Cathie Wood reiterated her prediction that bitcoin would hit $1 million over the next decade, as crises could ultimately strengthen the industry and show the “survivors.”