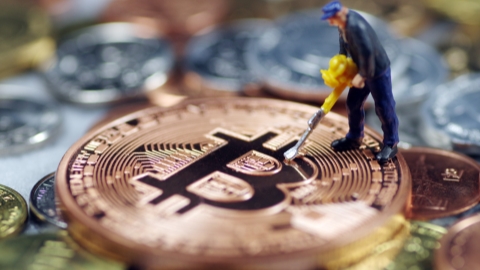 How much is the legal value of one bitcoin in China, where most crypto transactions are illegal?

There is no overall umbrella cryptocurrency law in China yet, but a few regulations issued by banking authorities do exist.

Legal experts have long argued over whether such cryptocurrencies should be considered as property, while local Chinese courts in various areas have ruled differently over the years.

“Cryptocurrency is relatively new in China, so are the regulations related to it,” said Jason Yao, a retired Shanghai attorney.

“There have been many such cases in recent years, whether in criminal or civil courts, and we can see from the different rulings that some judges consider it meeting the definition of virtual property, while others see it as data because it can’t be legally traded in China, hence no value,” Yao said.

For example, various local courts around China have ruled that cryptocurrency transactions are not made under the protection of property laws.

“It’s not just China,” Yao added. “In fact, almost all countries in the world are at the beginning of crypto-regulations.”

A new law was passed in Germany just last summer so that institutional crypto investors can officially invest in cryptocurrencies.

In the US, such transactions fall under several regulations. A recent high-profile case in early February is said by many to have tested US limits on tracking cybercrimes.

A New York couple prosecuted on suspicion of stealing US$3.6 billion in bitcoin was labelled by the media as cryptocurrency’s “Bonnie and Clyde” or that they had engineered the “Heist of the Century.” They were charged with conspiracy to commit money laundering and conspiracy to defraud the United States.

A recent Beijing ruling and a Shanghai document may shed light on where relevant future laws could lead to in China.

In the Beijing case, two young men who stole 50 million yuan (US$7.3million) worth of Bitcoin, Ethereum and Tether coins were sentenced to 12 years for theft by the Beijing Chaoyang District People’s Court.

In 2019, one of the defendants, a 30-year-old whose education stopped after primary school and was unemployed at the time, searched online for hacking methods, hoping to make some money.

He shared the research with his co-defendant and the two started hacking into a Beijing-registered information company which does maintenance for an overseas cryptocurrency trading platform.

They stole 620,000 Tether coins, nearly 12,688 Ethereum coins and nearly 150 Bitcoins in less than three hours. The company had to pay 50.26 million yuan in compensation to the platform, according to trading prices at the time.

The pair were charged with theft, and the defendant’s attorney argued that the virtual currencies in the case should not be considered as property, as the relevant trading platform was overseas, it violated Chinese regulations and should not be protected by law.

Therefore, the defendants should be charged with damaging computing systems instead of theft, the argument went.

But it could not be valued at 50 million yuan, and instead, the defendants were sentenced to 12 years jail based on the two million yuan they were able to sell and obtain in cash.

Also, the Shanghai High People’s Court issued a document on its WeChat account that stated Bitcoin is subject to property rights laws and regulations. Its decision was related to a lawsuit filed in 2020 in the Baoshan District Court involving the recovery of a loan of 1 bitcoin.

The lower court recognized Bitcoin as having value, scarcity and disposability, hence making it subject to property rights and meeting the definition of virtual property.

Through mediation, the relevant parties agreed the defendant would provide compensation at a discount value of the trading price at the time of the loan.

Crypto remittances must have allure of cash without regulatory constraints — Jeremy…

crypto: Why Sebi has banned celebrity endorsements of crypto investments