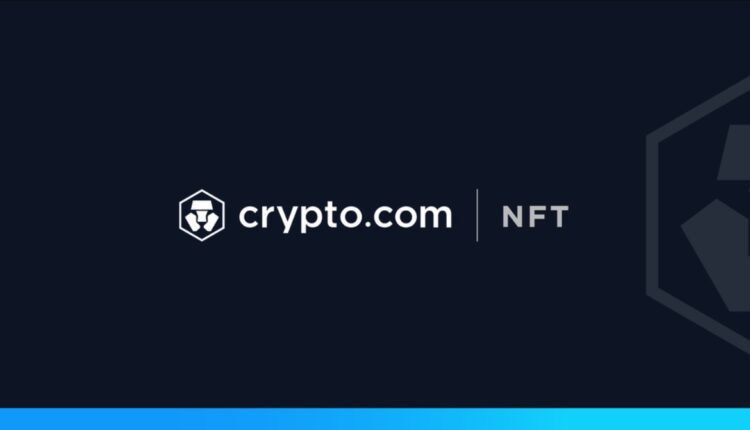 Crypto.com Plays Catch-Up in the NFT Space as it Partners with Cronos-based Marketplace Minted

Minted, an NFT marketplace accelerated by Cronos Labs, launched on Thursday in partnership with Crypto.com.

On Minted, Ethereum-based blue-chip NFTs such as Moonbirds, Otherdeeds and others can be listed alongside Cronos-based ones. The marketplace will support over 10 million NFTs across 2,800 projects. The Cronos blockchain is developed by Crypto.com, which announced a Web3-focused $100 mn accelerator in June.

As part of the partnership, Minted will be a secondary marketplace for all Cronos-based NFTs originally sold on Crypto.com. Users who list their Ethereum-based NFTs on Minted can earn the platform’s native token, $MTD, as a reward. Those who list blue-chip NFTs will earn greater rewards than others.

To prevent wash trading as seen on LooksRare, a Minted project manager who goes by the pseudonym of Marco, told The Block that the platform has parameters in place to deter users from milking rewards. One way is to give bigger rewards to users who list their NFTs at a fair price. For instance, those who list the NFT at two times the floor price will get fewer points than those who list it at 1.1 times the floor price.

Cronos managing director Ken Timsit told The Block that Minted intends to be a multi-chain platform beginning with Ethereum and Cronos. Minted and Crypto.com’s partnership is perhaps yet another instance of an NFT platform’s attempt to take on Ethereum marketplace leader, OpenSea. Earlier this month, Magic Eden announced its expansion to the Ethereum blockchain after raising $130 million at a valuation of $1.6 billion.

According to data on Dune Analytics, OpenSea is still leading in terms of total transactions and number of users compared to LooksRare, and Coinbase’s NFT marketplace.

While Crypto.com is a hugely popular cryptocurrency exchange which boasts over 10 million users across its ecosystem, its NFT marketplace which launched in March last year still lags behind. OpenSea, X2Y2, Magic Eden, and LooksRare are listed on DappRadar’s top 25 NFT marketplaces by transaction volume over the past day, while Crypto.com is nowhere to be seen.

Stay up to date:

All About Web3: The Regulatory Outlook For Cryptocurrency (Podcast) – Fin Tech