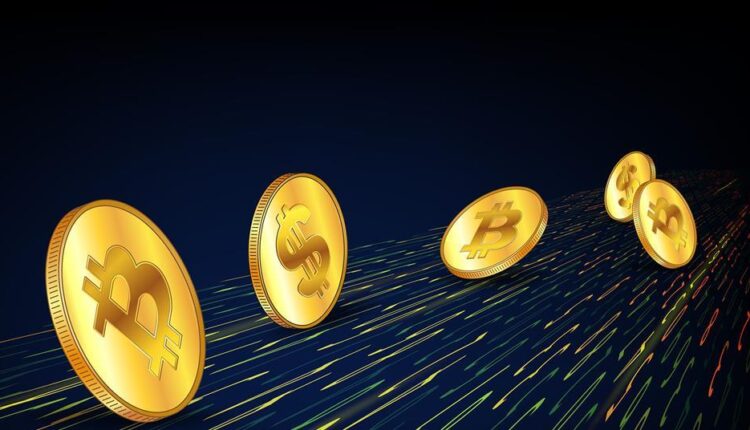 Crypto regulation back in spotlight after SEC securities claims | Article

A key question regulators need to answer: Is there a point at which a cryptocurrency asset becomes decentralized enough that it has transitioned from a security to a commodity?

These are the kinds of questions swirling around a largely unregulated $2 trillion industry that sits astride the U.S. financial market without any of the transparency or investor protections the rest of the market enjoys. Being unregulated might have been fine for the cryptocurrency industry when it was a tiny sideshow, but it has become too big to ignore.

Figuring out how to regulate cryptocurrency assets has been difficult to pin down for key players including market purveyors and participants, regulators, and lawmakers. Everyone has a different idea for what the industry needs. Congress has proposed multiple bills that would delegate regulatory authority of the cryptocurrency market to an existing regulator, such as the Commodity Futures Trading Commission (CFTC), or perhaps a whole new regulator. But while the industry exists in a regulatory purgatory, the Securities and Exchange Commission (SEC) and CFTC are busily trying to fulfill their mandates and pursue enforcement cases of cryptocurrency fraud when and where they find them.

A recent SEC lawsuit alleging a former Coinbase manager, Ishan Wahi, engaged in insider trading with cryptocurrency assets has touched off a wave of reaction unrelated to the primary allegation. In the lawsuit, the SEC lists nine cryptocurrencies—seven of them traded on Coinbase’s platform—the agency contends are unregistered securities. Coinbase is a publicly traded company that operates one of the largest cryptocurrency exchange platforms in the world.

The SEC’s move to classify those nine cryptocurrencies as securities has touched a nerve with other regulators, particularly the CFTC, which has been lobbying Congress to grant it the authority to regulate the cryptocurrency asset market.

CFTC Commissioner Caroline Pham criticized the SEC’s move in the Wahi case as “regulation by enforcement.”

“The SEC’s allegations could have broad implications beyond this single case, underscoring how critical and urgent it is that regulators work together,” she wrote in a July 21 statement. “Major questions are best addressed through a transparent process that engages the public to develop appropriate policy with expert input—through notice-and-comment rulemaking pursuant to the Administrative Procedure Act. Regulatory clarity comes from being out in the open, not in the dark.”

Joseph Silva, member of law firm Dickinson Wright, characterized the SEC’s move as “a regulatory grab” that is the agency’s way of forcing cryptocurrencies to be subject to its jurisdiction without a rulemaking process.

“It’s a terrible way to create regulation for something as unique and novel as cryptocurrencies,” he said. “I think the cryptocurrency industry is looking for guidance, saying, ‘We can work with the rules if we know them.’ It’s disappointing that the SEC is not taking a more thoughtful approach.”

Philip Moustakis, counsel with law firm Seward & Kissel, said if the SEC wanted to bring a case against someone who it believed engaged in insider trading, it had to establish some of the assets were securities.

“I don’t think the SEC is trying to do anything backhanded by naming the tokens as securities,” he said. “They are trying to bring a complaint, and to do it they have to allege that the assets are securities. You can’t fault them for prioritizing a fraud case.”

Coinbase, of course, strongly disagreed with the SEC’s characterization it is trading unregistered securities on its platform.

“Coinbase does not list securities. End of story,” read the headline on a July 21 blog post by the company’s chief legal officer, Paul Grewal.

“Coinbase has a rigorous process to analyze and review each digital asset before making it available on our exchange—a process that the SEC itself has reviewed,” Grewal wrote. “This process includes an analysis of whether the asset could be considered to be a security and also considers regulatory compliance and information security aspects of the asset. To be explicit, the majority of assets that we review are not ultimately listed on Coinbase.”

Grewal said Coinbase cooperated with the SEC’s investigation but that “instead of having a dialogue with us about the seven assets on our platform, the SEC jumped directly to litigation.”

Days later, Bloomberg reported the SEC is investigating Coinbase for listing unregistered securities on its platform. The SEC declined to comment on the report. Another cryptocurrency platform, Binance, is removing the AMP token from its platform by Aug. 15, according to the Wall Street Journal. AMP was one of the nine cryptocurrency assets classified as securities by the SEC in the Wahi case.

What is really needed is for the SEC to engage in a rulemaking process for cryptocurrency assets and lay out, as clearly as it can, which cryptocurrencies are commodities and which are securities.

Jeffrey Alberts, a former federal prosecutor with the U.S. Attorney’s Office for the Southern District of New York and now a partner with Pryor Cashman, said using the Howey Test, based on a 1946 Supreme Court case involving a citrus grove, to determine whether an asset is an investment contract and thus a security is problematic when applied to cryptocurrencies.

“Any asset value in the world depends on the efforts of others,” Alberts said, citing one of the four main principles the Howey Test uses.

“The notion here is where are we going to place the dividing line on whether an asset is decentralized. There is a massive amount of judgment in figuring out where that line might be crossed,” he said, adding that up until now, the SEC has failed to provide any clarity on the issue.

One case the cryptocurrency industry is watching closely is Ripple Labs and its cryptocurrency XRP, which the SEC claims is an unregistered security. The case is still making its way through the federal court.

At the moment, cryptocurrency assets and exchanges have few options to receive regulatory clarity, other than taking the safe approach of registering their cryptocurrency assets as securities, or determining that the assets qualify for an exemption from registration, said Greg Baker, partner at Patterson Belknap and former investigator with the SEC’s Division of Enforcement.

“Absent Congressional action, the SEC’s only option is to bring cases and have the courts decide whether these assets are securities,” he said. “Unfortunately, that’s where we are right now.”

Congress has proposed multiple bipartisan bills to regulate cryptocurrency, including the Responsible Financial Innovation Act that would create a framework for regulating the industry and the Digital Commodities Consumer Protection Act of 2022, which proposes to provide the CFTC with the authority to regulate the trading of digital commodities, mandating “consistent, rigorous rules for all market participants.”