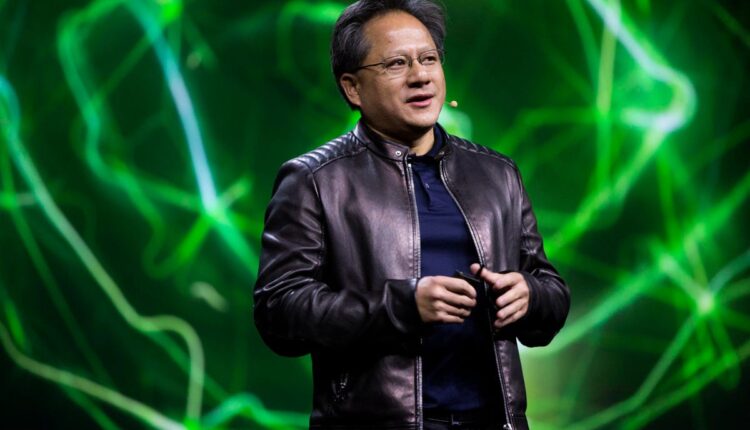 Nvidia has overcome strong headwinds over the past few years, including United States-China tensions, supply chain disruptions spanning many components, tough comps on the data center, tough comps on gaming, and a less-than-rosy macro environment. However, the most impactful of all has been Ethereum’s merge to Proof of Stake (PoS), which led to a $2.5 billion cumulative miss in revenue.

In September, we made a prediction in the analysis entitled “Nvidia Stock Is Ready to Rumble with RTX 40 Series and H100 GPUs” that Nvidia’s new gaming release would soften the blow when we said the following:

“First, Nvidia is restricting supply on its current gaming model. Per the CFO: ‘Across those two quarters, the Q2 of ‘23, the Q3 of ‘23, we have likely undershipped gaming to our end demand significantly.’

[…] We estimated for our premium members that the amount undershipped is a minimum of $1 billion. The reason behind this is to help keep prices stable and to increase demand for the RTX 40 Series.

Second, Nvidia announced its GeForce RTX 40 Series at the GTC 2022 Conference this week.

The improvement from 8nm to 4nm means more transistors on the GPU, which results in better performance as the 4nm processes data faster.

In the gaming world, this much anticipated release is expected to be 2-4X faster than the RTX 3090 Ti. The flagship AD102 GPU model will have 144 individual streaming multiprocessors (SMs) in one die compared to 84 SMs in the Ampere architecture. As stated, the AD102 will also have a 70% increase in CUDA cores over the RTX 3090 Ti […]

The popularity of this release will help determine if Nvidia can stage a comeback in the gaming segment.” You can read the full analysis here.

Fast-forward and not only was the GeForce RTX 40 Series with Ada Lovelace architecture popular, management stated “the Ada launch was a homerun.” Below, we look at the most recent earnings report and then we break out additional details that support Nvidia’s Q3 reaching a gaming bottom.

What Q3 Earnings Results Says About a Gaming Bottom

First, I’ll provide a general overview of Nvidia’s earnings results before I discuss what to expect in the gaming segment specifically.

Nvidia reported as expected for Q3 ending in October with revenue of $5.93 billion for growth of (17%) which matched management guidance of $5.90 billion. Analyst consensus for revenue was $5.85 billion, or (17.7%) growth.

Fiscal Q4 ending in January was a slight miss with guidance of $6 billion compared to analyst consensus of $6.17 billion. This represents growth of (21%).

Management indicated that profitability will increase from here: [GAAP and non-GAAP operating expenses were] primarily due to higher compensation expenses related to headcount growth and salary increases and higher data center infrastructure expenses. Sequentially, both GAAP and non-GAAP operating expense growth was in the single-digit percent, and we plan to keep it relatively flat at these levels over the coming quarters.”

In Q3, the GAAP gross margin was 53.6% and the adjusted gross margin 56.1%. This was a miss from management Q3 guidance of 62.4%. The reason for the miss related to China: “Gross margins reflect $702 million in inventory charges largely related to lower data center demand in China, partially offset by a warranty benefit of approximately $70 million.”

Nvidia is signaling that gross margin will return to normal next quarter with a guide for GM of 63.2%.

For the most part, Nvidia’s bottom line showed signs that last quarter was a bottom for the company with marginal, yet crucial improvement sequentially. As long as the company does not increase operating expenses, which the CFO stated the opex would be flat and not increase, then these margins should improve from here.

The company returned $3.75 billion to shareholders with share repurchases and cash dividends. with $8.3 billion remaining under the share repurchase authorization through December 2023.

Evidence that Gaming Bottomed in Q3

Gaming revenue was down (51%) for revenue of $1.57 billion. Admittedly, even if Q3 is the bottom, there is still quite a ways to go before the company returns to growth in this segment. The reason it’s important to identify a fundamental bottom is because it typically correlates with a bottom in the stock price.

In addition to saying “the Ada launch was a homerun,” management expects gaming to grow sequentially from Q3 to Q4. Management also stated “our new Ada Lovelace GPU architecture had an exceptional launch” and “we sold out quickly in many locations and are working hard to keep up with demand.”

Most importantly, management stated gaming will return to sequential growth in Q4 and that channel inventory will “approach normal levels” as the company exits Q4 to where the company can more adequately match supply with demand.

On the call, Kress discussed that the sell-through rate across two quarters for gaming is $5 billion total, which helps prove the popularity of Nvidia’s RTX 40 series. The CEO also stated: “That 4090 — we shipped a large volume of 4090s because as you know, we were prepared for it. And yet within minutes, they were sold out around the world. And so, the reception of 4090 and the reception of 4080 today has been off the charts.”

The first release date for the RTX4090 models was October 12th with a starting price of $1,599. There was a second release date in November for the RTX4080 models with prices of $1,199 and $899. Notably, the mid-range RTX 40 series outperforms the previous generation’s high-end models, which also helps to drive demand because customers receive an upgrade at the $899 and $1,199 level. This is due to the Ada Lovelace architecture which offers 1,400 Tensor TFLOPs versus 320 Tensor TFLOPs which means the DLSS is superior and the high-end RTX 30 Series cannot compete with the mid-range RTX 40 series.

Deep learning super sampling (DLSS) refers to using AI to predict the next pixel. The new DLSS 3.0 not only predicts pixels but will also use AI to predict frames. This results in “up to four times” better performance over traditional rendering.

In addition to this, Nvidia released a new feature powered by Shader Execution Reordering (SER) which will improve ray-tracing performance by 3X with 25% faster frame rates. Rather than deliver workloads sequentially, the GPUs are able to reorder the workloads to process more workloads at once which results in more power and better performance.

Despite a historic revenue miss, Nvidia is rising to the occasion with the perfectly timed Ada Lovelace architecture. As we said in our previous analysis, Nvidia is flexing their product muscles by meeting head-on the wave of negative sentiment on the stock. Investors should keep in mind, that despite enormous headwinds, Nvidia has been the best performing mega cap stock over the past few years (reference our analysis here for more details).

The company’s swift and concise answer to the crypto mining selloff helps illustrate why Nvidia stands apart from its peers – primarily, that its products are superior, end-market demand remains strong, and management has many levers it can pull to quickly reverse a bottom.

The I/O Fund targeted NVDA on October 13th for a price of $108. After a 50% gain in less than a month, we trimmed some NVDA around $162 with real-time trade alerts. We did this to raise cash, so that we can buy more at lower levels. Please join us next week, Thursday, 12/1, at 1:30 PST, for our premium webinar. We will discuss NVDA in depth and lay out our targets for adding to this position.

If you would like notifications when my new articles are published, please hit the button below to “Follow” me. You can also sign up for my newsletter here to receive weekly tech stock analysis for free.