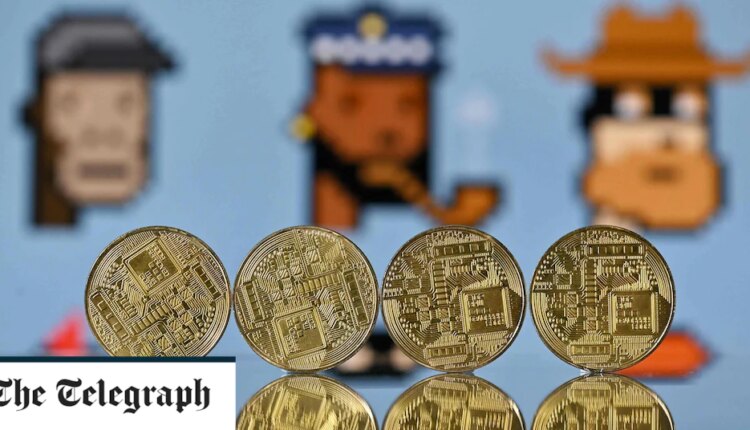 FA under fire for plan to join NFT craze

The Football Association is facing criticism for considering launching a non-fungible token (NFT) collection amid a rising tide of elite clubs doing deals with cryptocurrency firms while markets tank.

Deals with NFTs, digital assets generally traded via crypto, are surging as Government prepares to clamp down on gambling advertising, another controversial major revenue stream in sport.

Matt Zarb-Cousin, the director of Clean Up Gambling, said he was shocked the FA would even consider joining a host of sporting organisations in potentially minting an NFT following recent market crashes.

Mark Bullingham, the FA’s chief executive, has insisted his organisation will only take advantage of the sector “in the right way”, but he added earlier this week: “NFTs is definitely something we are definitely exploring. It is a big new revenue stream that everyone is exploring.”

However, Zarb-Cousin – a key lobbyist behind an imminent White Paper which could ban betting adverts on shirts – says he is becoming increasingly worried about NFTs, which lure fans into investing in unstable markets. “Premier League clubs and footballers have rightly come under scrutiny for flogging glorified jpegs and fan tokens to supporters – the FA should stay well away from sports-washing such volatile investments,” he said.

According to Forbes, £123 million has been spent on NFTs since November 2017. The product is often sold as a unique digital image with built-in authentication, which serves as proof of ownership online.

To those in favour of a potential partnership, NFTs are the latest iteration of sports collectables such as stickers or trading cards.

However, critics of the scheme point to clubs doing deals with NFT-style firm Socios, which has multi-million partnerships with some of Europe’s top clubs and even Lionel Messi. Martin Calladine, an author and campaigner against fan tokens, pointed out how Arsenal, during the launch of its Socios partnership, had claimed that investment in crypto was like “buying foreign currency when you go on holiday”. “Early in 2021, the crypto was at 52p,” Calladine tweeted this week. “Today it is at 7p. That’s what it means for football clubs to be selling high-risk unregulated financial products.”

In recent weeks, even as crypto prices plunged, the likes of Chelsea and Michael Owen have announced new partnerships with the market. Zarb-Cousin urged the FA to rethink any plans to follow suit. “Just as the crypto and NFT markets crash, leading to many people losing their life savings, the FA has decided this is an appropriate time to jump on the bandwagon,” he said.

On Thursday, as Messi’s lucrative deal with Socios helped make him the world’s wealthiest athlete, crypto markets were rocked after another popular token lost 99 per cent of its value. The Terra Luna token fell from a high of $118 (£96), last month, to $0.09.

Yet hours earlier Chelsea announced it had struck a £20m shirt-sleeve sponsorship deal with WhaleFin, a platform for trading and lending cryptocurrencies, as the Premier League side prepares to move on from the Roman Abramovich era. Manchester United agreed a training-kit sponsorship with blockchain company Tezos in February, while Manchester City announced a global partnership with crypto exchange OKX in March.

The entire market has suffered this week, however, as the combined market value of all crypto-currencies is now $1.12 trillion, about a third of its November value, with more than 35 per cent of that loss coming this week.

In recent weeks, Sportemon Go – an NFT and cryptocurrency company sponsoring Rangers and Hibernian and endorsed by Liverpool’s Andy Robertson – ceased trading. Speaking at the latest Uefa Congress in Vienna, Bullingham had said earlier this week that NFT deals “have to be done in the right way and obviously there is a broader range of commercial options there”. “What we will do, we will do in the right way and at the right time,” he added.

Crypto companies head offshore as they hanker for regulation