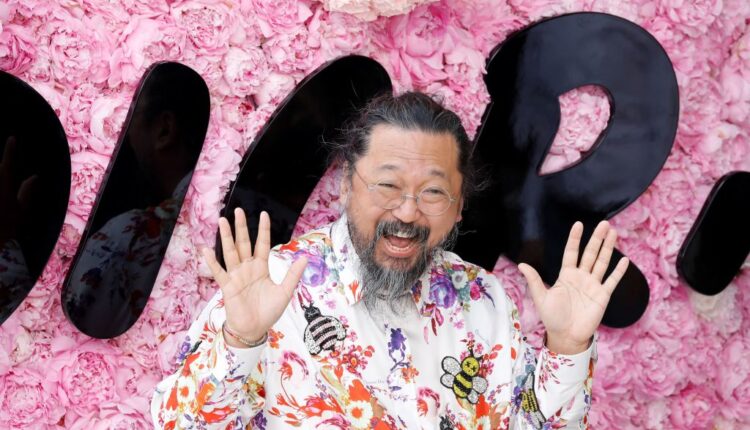 ‘I Am Very Sorry’: Takashi Murakami Apologizes to His Crypto Investors on Twitter as His NFT Prices Nosedive

Takashi Murakami is one of the few fine artists who managed to make a successful crossover to the NFT space.

He was first inspired to launch a collection in spring 2021, after seeing Christie’s auction off a Beeple NFT for $69 million in crypto. The event kicked off a global NFT mania, and the next few months were prime time to launch an NFT collection, for those who jumped at the right time.

Unfortunately, Murakami’s timing was terrible, and he completely missed the NFT boom. After spending a year fine-tuning the technical details of the project, he launched it right before the 2022 crypto crash.

On June 8, a seemingly disheartened Murakami issued an apology on Twitter: “Dear holders of http://Murakami.Flowers, I appreciate your continuing patronage, although the project’s floor price and transaction prices remain stagnant. I am very sorry,” he said.

The cheapest Murakami.Flower NFT is now 2 ETH ($2,200, at current value) on OpenSea. During a false start over a year ago, he was getting bids of upwards of $260,000. That’s when he decided to withdraw the project and mull things over a bit more.

Rather than berating him for the long delay in launching the project, his fans stood by him. One Twitter user wrote: “don’t apologize for how the market acts, not in your control.”

“It’s not your art or anything you’ve done. It’s the market. Nothing to be sorry for! Just keep doing you!” another said.

One fan cheekily wrote: “Please give it another 30 years. I’ll be gone from this world and the true value of my NFT project will become absolutely clear.”

Murakami did not respond to a request for comment from Artnet News.

The Japanese artist launched his pixilated flower NFTs to a patiently waiting base of fans last month. But by that time, the NFT market was cooling, and the crypto skies were already darkening.

In early May, the Wall Street Journal reported the NFT market had flatlined, and by early June, Bitcoin had lost over 60 percent of its value from its November record, pulling down the rest of the crypto and NFT markets along with it.

Murakami’s slackened pace was a big part of the problem. A few weeks after first announcing his NFT project, he dropped 108 NFTs—out of a collection of 11,664 pixelated flowers, represented by tokens on the Ethereum blockchain—on OpenSea.

“I’m groping in the dark, so I’m sure I will make many mistakes, but please bear with me,” he wrote prophetically on Instagram.

Things were looking good. The first “Murakami.Flowers” NFT, titled #0000 Murakami.Flower immediately attracted a bid of 144 ether, or about $260,395.

But rather than stay the course, Murakami got cold feet. Less than two weeks later, the artist withdrew the listing and announced he would postpone the much-anticipated NFT project.

He wanted to better understand the technology. Rather than rely on OpenSea to list his work, he wanted to make his own smart contract to maintain the independence of the project in the future.

He also wanted to wrap his mind around Web 3.0. “It took a long time for me to get this part installed in my mind,” he told Artnet News last month.

The delay cost him at a time when he couldn’t spare it: the NFT project presented a financial opportunity for Murakami, who was coming off a bad year. Covid had stranded him in Japan through 2020. In July of that year, he declared his company, Kaikai Kiki, was on brink of bankruptcy. A long-planned gallery was postponed, along with museum shows. His film, Jellyfish Eyes Part 2: Mahashankh, was canceled.

Following an NFT collaboration with RTFKT, Murakami finally announced the release of Murakami.Flowers in May 2022.

If he has learned any valuable lessons from this, one might be that the entire crypto space is a Jenga stack of interconnected time bombs. Enter at your own risk.


Want to stay ahead of the art world? Subscribe to our newsletter to get the breaking news, eye-opening interviews, and incisive critical takes that drive the conversation forward.

‘Ghost in the Shell’ and Bill Murray Get New NFT Collections