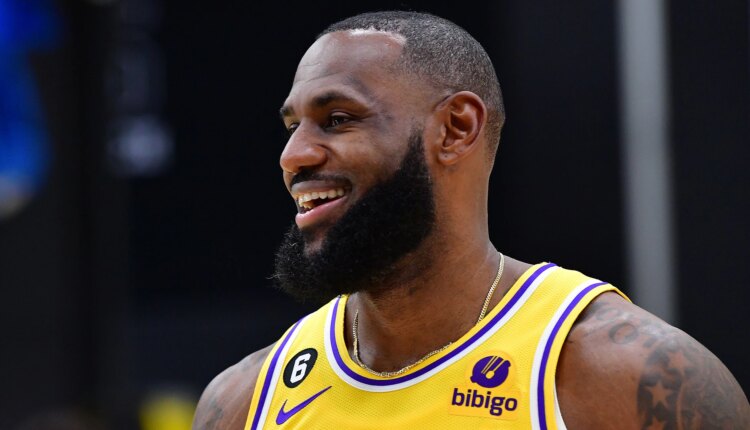 EL SEGUNDO, Calif. – LeBron James has other aspirations this season besides collecting a fifth NBA championship and becoming the league’s all-time leading scorer. The Los Angeles Lakers star also expressed interest in how many preseason games he’s involved with:

Lakers coach Darvin Ham said he and his staff will determine “in the next couple of days” whether James plays more than the three exhibitions he appeared in last season. That decision starts with the Lakers’ preseason opener against the Sacramento Kings on Monday at Crypto.com Arena (10:30 ET, NBA TV).

“We don’t want to go crazy,” Ham said. “But we also want it to be enough where we can establish a rhythm, so he can be in game mode with a good rhythm going into the regular season.”

After missing a combined 26 games last season because of various ailments, James said he made some offseason tweaks to his regimen. He played pickleball occasionally at his home in Cabo San Lucas, Mexico. He also made unspecified changes to his diet.

“Being Black and understanding how heart rate and blood-pressure things run in my family, living a healthy lifestyle is very important,” James said. “It’s not only to myself. But it’s about showing that to the kids and people all around. If that can translate to the game, cool. But it’s more about life.”

Nonetheless, James considered his availability during his 20th NBA season to be the most important variable in determining whether the Lakers can recover from missing last season’s playoffs.

James hardly shared as much concern on how he will adjust to Ham’s fast-paced system, saying “I fit with any coach.” James sounded just as optimistic on how he will sharpen chemistry with Anthony Davis, Russell Westbrook, Austin Reaves and Kendrick Nunn, whom have represented the Lakers’ starting group during the first week of training camp.

“I’m just a ball player. You put me on the floor, I can make anything happen,” James said. “I don’t really have a position.”

The Lakers have kept an open mind whether that means James will operate more this season as a scorer or playmaker.

“It doesn’t matter how long you’ve played this game. The day you think you can stop learning is the day you start going backwards,” James said. “I’m always trying to figure out ways I can get better and learn from a new coach, new teammates and life in general. Every day is a learning experience for me. I love it.”

Mark Medina is a senior writer/analyst for NBA.com. You can e-mail him here, find his archive here and follow him on Twitter.

The views on this page do not necessarily reflect the views of the NBA, its clubs or Turner Broadcasting.