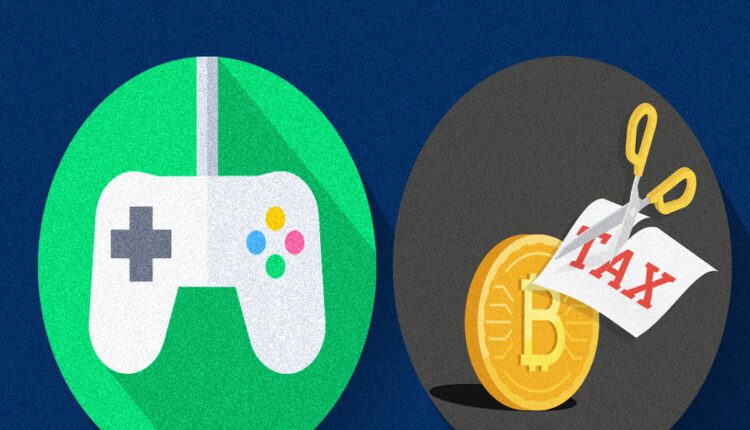 On Jan 17, 2023
0
Share
A rationalised tax regime tops the list of demands put forth by gaming and cryptocurrency firms ahead of the upcoming budget.

The online gaming industry has urged the government to not reduce the current tax deducted at source (TDS) threshold of Rs 10,000, which is reportedly being reviewed by the finance ministry.

The crypto industry has asked the government to reduce the 1% TDS on crypto transactions, and review income tax provisions to allow investors to offset any loss incurred during the transfer of the virtual asset against income.

What are the issues facing the online gaming sector?

* Gaming-focussed investment fund Lumikai said in a report that India had 507 million gamers in 2021-22, including 120 million paying gamers.

Discover the stories of your interest

* The government has kickstarted the process of regulating online gaming companies through proposed rules being formulated by the Ministry of Electronics and Information Technology.* Over the past few months, gaming companies have been seeing increased scrutiny from tax authorities over issues related to revenue calculation and detection of tax evasion.

* One of the key points of contention in the indirect tax scenario is the revenue component on which taxes should apply.

* Currently, gaming companies are required to deduct TDS at the rate of 0.1% for winnings higher than Rs 10,000, while gross winnings from gaming or betting attract a flat tax of 30%.

* The government is said to be considering tightened TDS provisions to ensure a better audit trail and increased scope of taxation.

What are the demands from the budget?

* Online gaming companies have sought clarity on the taxation structure for games based on skill by recommending that the value of supply for the industry continues to be the gross gaming revenue, which is the fee charged by a company for facilitating the participation of players.

* Internet industry body IndiaTech, which represents gaming companies like Dream11 and Zupee, has recommended that taxation-related incentives should be provided to indigenous startups in the sector “to help boost production of Indian intellectual property, research and development, and improve inflow of investments.”

* The All India Gaming Federation (AIGF), which represents companies such as Mobile Premier League (MPL), WinZo, Paytm First Games, and others, has sought greater clarity on taxation of online gaming. “A well-clarified and progressive taxation regime would provide an immense boost to this sunrise sector,” AIGF chief executive Roland Landers said.

* WinZo cofounder Paavan Nanda said a reduction in the TDS threshold, from the current winnings exceeding Rs 10,000, could also impede the growth of the industry. “In this budget announcement, we are hoping to see a continuation of the current GST slab and TDS threshold as a sharp increase in tax will deter growth, sink early-stage startups further into losses and overall make the industry unviable,” he said.

What is the state of affairs of the crypto sector?

* The year 2022 saw several important global developments in the crypto sector, including collapse of FTX, one of the world’s largest exchanges, and of stablecoins such as TerraUSD, which sent shockwaves across the industry.

* In India, nearly two-thirds of the trade volumes on some cryptocurrency exchanges were wiped out during 2022, with companies indicating imposition of various tax rules as the potential cause.

* Companies are seeking regulatory clarity, which assumes significance given that in India, smaller towns and cities continue to remain invested in these assets despite an overall fall in trade volumes.

* However, the Reserve Bank of India continues to bat for an outright ban on cryptocurrencies citing risks of macroeconomic and financial instability.

* In the budget for 2022-23, a 30% tax on virtual digital assets was introduced, thereby taxing cryptocurrencies at a higher rate than various other asset classes like stocks, mutual funds, and gold.

* Following this, a 1% tax deducted at source (TDS) was imposed on cryptocurrency transfers effective from July 1.

What is the sector seeking from the budget?

* In its recommendations to the government before the budget, the newly formed industry body representing cryptocurrency exchanges and Web3 players – Bharat Web3 Association – has sought a review of income tax provisions to let investors and traders offset any loss incurred during the transfer of virtual digital assets against the taxable income.

* Further, cryptocurrency exchanges are also seeking a reduction in the TDS rate. Companies argue that the reason for having a TDS component is to ensure a trail is maintained, and the same can be done through a lower rate of TDS.

* Ashish Singhal, CEO and co-founder at CoinSwitch, said: “Implementing a 30% tax, 1% TDS and no provision to offset losses have decreased trading volumes. It is making the markets illiquid, and investor sentiment is running low. Such circumstances push consumers’ money offshore into the grey markets, exposing them to regulatory issues.”

* He said that the provisions applicable to listed securities and capital assets should also apply to VDAs.