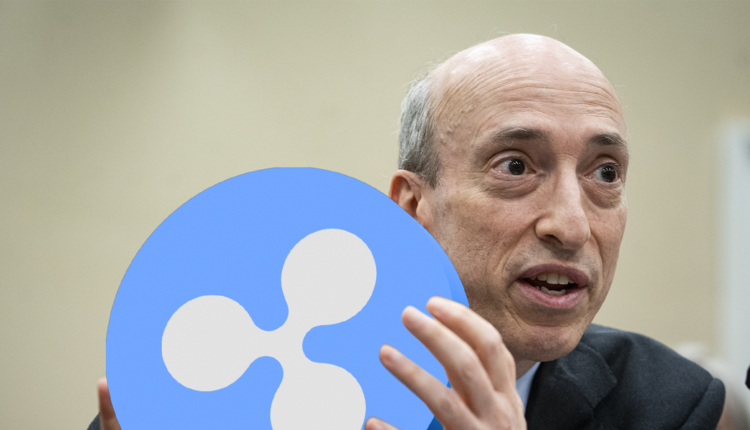 Regulation by enforcement at SEC is here to stay

Hello, and welcome to Protocol Policy! Today I’m bringing you the telling history — and seemingly inevitable future — behind the slogan that has defined the battle between crypto and the SEC. Plus, the tech fallout from Pelosi’s Taiwan trip, a promise from Schumer’s office that anti-tech folks suddenly believe and the latest Twitter/Musk swipes.

Have you just been nodding along, pretending to understand what the crypto industry means when it complains about regulation by enforcement? Really, it’s just the latest application of a decades-old criticism of the SEC. Outside of the companies getting their knuckles rapped, there’s less concern about the SEC hauling firms to court versus making rules, but either way, the practice doesn’t seem to be going anywhere any time soon.

What is regulation by enforcement?

The latest flashpoint is an SEC lawsuit alleging insider trading by a former Coinbase employee, which argues nine of the currencies involved are securities subject to the industry’s jurisdiction.

The counterargument is: There are 75 years of case law available on what constitutes a security that curious crypto company lawyers can read if they want.

Complaints of regulation by enforcement, by the way, aren’t unique to the novel digital asset industry. They go all the way back to the beginnings of the SEC enforcement division in 1972.

The longevity of the term “regulation by enforcement” probably signals that neither the complaints, nor the underlying cases, are going anywhere, maybe even after Gensler or a future chair who feels similar skepticism about the industry leaves office.

None of this means that the SEC won’t get around to industrywide pronouncements. It already has an extensive docket on other matters, like climate risk disclosure, and the ability to issue less fraught (but also less binding) guidance. They’ll just mean, though, that crypto has something else to complain about.

Sen. Chuck Schumer’s team is sending mixed messages on antitrust. A press secretary for Schumer told the New York Post that he’s planning to hold a vote on the American Innovation and Choice Online Act. That counters previous reports that Schumer previously told donors that he didn’t think there were enough votes for it to pass. Making matters stranger, the New York Post amended the article to remove the part of the quote that included “plans to bring it up for a vote.”

Sen. Kyrsten Sinema agreed to move forward with the Inflation Reduction Act. That gives Democrats enough votes to move the bill forward, though some details still need to be worked out. Sinema reportedly demanded the removal of the carried interest loophole and a watering down of the 15% corporate tax minimum.

Microsoft flew dozens of Hill staffers to Washington state in late June, according to Sludge. It then hosted an event in which the staffers met with Microsoft’s senior director of government affairs, around the same time Schumer was there to discuss antitrust. During the event, Microsoft also made 18 donations to a PAC that allocates funds to Democratic senators, including Richard Blumenthal and Patty Murray.

The Consumer Financial Protection Bureau is investigating Goldman Sachs over its credit card practices. The Wall Street bank launched the card in 2019 in partnership with Apple. The CFPB is looking into areas such as how Goldman Sachs handles refunds and billing disputes with merchants.

Twitter released a court filing rebutting Elon Musk’s allegations. It includes quite a few zingers, including a line saying Musk’s counterclaims are “a made-for-litigation tale that is contradicted by the evidence and common sense.”

Activision Blizzard hired a law firm in an attempt to block employee unionization. Microsoft, which agreed to acquire the video game maker for $69 billion, has already promised not to block unionization efforts within Activision, but that transaction has yet to go through.

A MESSAGE FROM CCIA

S. 2992 could break digital services like Google Search, Amazon Prime, and your phone’s security. Americans are feeling the squeeze of record inflation; why do some members of Congress want to set the economy back by an estimated $319 billion?

The European Commission is scrutinizing Google’s response to app store legislation. In July, Google said it would preempt the Digital Markets Act by allowing third-party payments — but still with a 27% fee on some revenue. As we noted previously, this would make the third-party payment option relatively unattractive.

The Foreign Ministry of Taiwan reported a series of cyberattacks following House Speaker Nancy Pelosi’s visit. In the days since the visit, China has been running military operations in the region as a show of force.

Meta banned a pro-Putin group from its platform. The group, Cyber Front Z, had been using a public Telegram channel to mobilize harassment of those against the war in Ukraine, Protocol previously reported. Meta said most of their activity on Instagram came from inauthentic accounts.

Italy is preparing subsidies to lure Intel. If the deal goes through, Intel would build a $5 billion facility, with up to 40% of that investment coming from the Italian government, Reuters reported. A complicating factor — to put it lightly — is that the deal is being negotiated by outgoing Prime Minister Mario Draghi. Reuters reports the two parties are attempting to finalize an arrangement by the end of August, with the Italian elections scheduled for late September.

50%: That’s how much value Tiger Global’s flagship fund has lost year-to-date, according to an investor letter obtained by the Financial Times. “We did not appreciate how unique the circumstances were that enabled inflation to rise and persist,” the company’s letter said.

A MESSAGE FROM CCIA

Some policymakers are intent on passing S. 2992—flawed legislation that could undermine free and reliable digital services that families use daily. Without Amazon’s guaranteed 2-day shipping, Google search, or phone security, consumers’ finances will be squeezed even further.

Spain instituted new rules on air conditioning for public and commercial buildings: no air conditioning below 27 degrees Celsius (about 81 degrees Fahrenheit), and no heat above 19 degrees Celsius (about 66 degrees Fahrenheit). The decree came within a bill that attempts to reduce Spain’s domestic gas consumption amid the broader EU energy shortage. Predictably, there was some outrage about the temperature bands. Climate and energy austerity are not going over well in Europe — just ask the Dutch.

Thanks for reading — see you Monday!