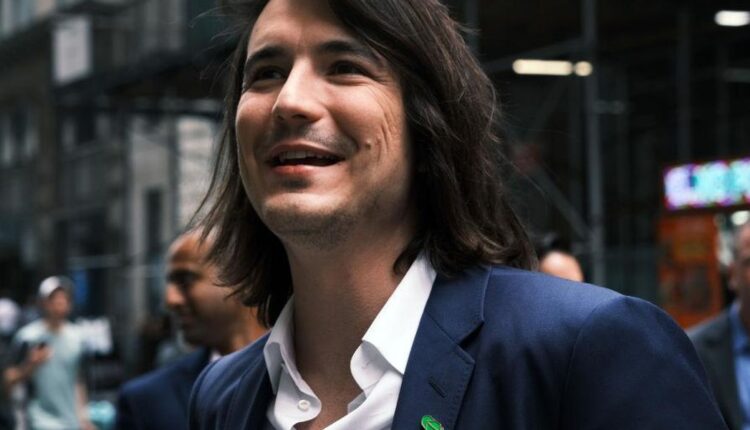 Good morning, and welcome to Protocol Fintech. This Monday: the meme-stock reboot, UST-luna ripples, and Bill Gates on bitcoin.

The UST-luna crash’s ripples are showing up all over. One startup caught in the washout is Stablegains, a YC-backed crypto lending company that promised to make “earning with DeFi simple and safe.” So much for safe: It turned out Stablegains was investing customers’ money in UST after promising to use USDC, and they are now out $44 million. A class-action firm has sent it a letter threatening a lawsuit. It’s not clear what customers can reclaim, however: UST looks like a near-total loss, and Stablegains only raised $3 million.

Trading on a downturn

For a brief moment, last year’s GameStop craze made buying and selling stocks cool, even exciting, for a new generation of young investors. Now, that frenzy has turned to fear.

Robinhood CEO Vlad Tenev pointed to “a challenging macro environment” marked by rising prices and interest rates and a slumping market in a call with analysts explaining his company’s lackluster results. The downturn, he said, was something “most of our customers have never experienced in their lifetimes.”

Retail stock trading is still an attractive business. FTX is dipping its toes in the market by letting some U.S. customers trade stocks. But the market’s steady decline has forced companies like Robinhood, Webull, Public and Charles Schwab to grapple with their own jittery investors.

Trading apps had one of their best revenue quarters in early 2021 when the GameStop frenzy hit. “Everyone became an investor, whether to make money or to send a message,” Denier said.

The downturn is forcing a reexamination of stock-trading business models. Robinhood helped blaze the trail for commission-free, app-based stock trading, a model that has also been embraced by key rivals like Webull, Charles Schwab and Public.

Now trading apps are looking to court longer-term investors as a more sustainable source of growth. Robinhood has said it plans to roll out new retirement account products. Schwab said it saw a shift in customer surveys away from short-term gains and toward buy-and-hold. The smart approach, D’Anna said, is to help clients “ignore the noise.”

A MESSAGE FROM STELLAR DEVELOPMENT FOUNDATION

Stellar is a decentralized, fast, scalable, and uniquely sustainable blockchain network for financial products and services. It is both a cross-currency transaction system and a platform for digital asset issuance, designed to connect the world’s financial infrastructure. Financial institutions and fintechs worldwide are building real-world blockchain solutions on Stellar, today.

On Protocol: Google is now letting some apps use their own alternative payment systems after facing lawsuits from Match Group and Epic for requiring Play Store apps to use its billing system. Match Group has withdrawn its restraining order against Google for now.

The U.K.’s FCA is factoring in the UST-luna collapse in drafting crypto regulation plans. The Financial Conduct Authority said the linked cryptocurrencies’ crash “will absolutely need to be taken into account” as it writes a new set of digital asset regulations later this year.

Binance CEO Changpeng Zhao is not holding back about the UST-luna meltdown. In a blog post, Zhao called the Terra protocol’s design in allowing “exponentially” more luna to be minted the “most stupid design flaw,” and that “whoever designed this should have their head checked.”

Bill Gates has said it before and he’ll say it again: He thinks bitcoin is worthless. ”The value of companies is based on how they make great products. The value of crypto is just what some other person decides someone else will pay for it so not adding to society like other investments,” he said in a Reddit AMA thread (yes, Bill Gates is on Reddit).

Intuit’s earnings call is scheduled for Tuesday. INTU’s average estimated EPS is at $6.70, a 900% increase from the prior quarter. Can you guess when tax season was?

The LendIt Fintech USA conference starts Wednesday. The two-day conference takes place at the Javits Center in New York City and features speakers from Chime, Meta, Nubank and others.

A U.S. House hearing on central bank digital currencies is set for Thursday. The U.S. House Committee on Financial Services will examine the benefits and risks of a potential U.S. CBDC.

Alibaba Group’s earnings call is scheduled for Thursday. BABA’s average estimated EPS is at $0.67, a 70% decrease from the prior quarter

A MESSAGE FROM STELLAR DEVELOPMENT FOUNDATION

Wyre, a company within the Stellar ecosystem, allows fintechs to bridge between the fiat and blockchain worlds, via their API suite. Wyre allows developers and businesses to move money between the USDC digital dollar and local fiat currencies, leveraging Stellar’s low fees, speed, and reliability, providing end-users a positive experience.

Thanks for reading — see you tomorrow!

Investing in crypto with your retirement money is risky.