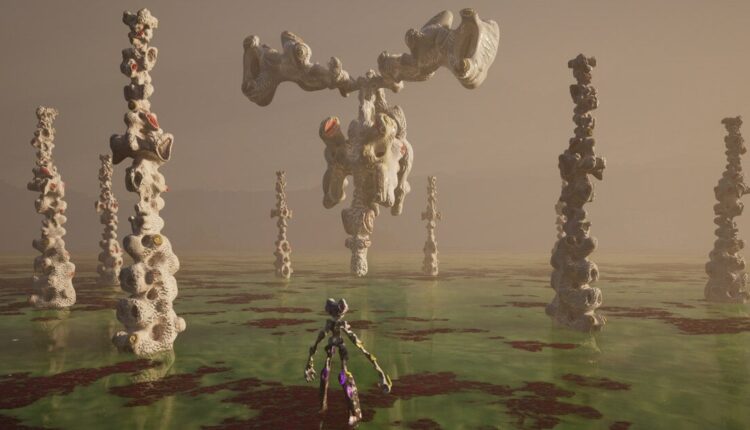 The Serpentine Arts Technologies program challenges and reshapes the role advanced technologies can play in culture and society through artistic interventions and collaborations. Part of Serpentine’s commitment to supporting new artistic experiments, the program initiates and supports artists in developing ambitious works that deploy such technologies as a medium, tool or topic, often operating beyond gallery walls. One of the program’s initiatives is Artist Worlds, an experimental commission series that utilizes virtual world building to provide insight into an artist’s practice and expanded worldview. For 2023, Serpentine is collaborating with Brazilian artist Gabriel Massan on a multilevel downloadable game and a complementary blockchain-based project built on the energy-efficient blockchain Tezos. Titled ‘Third World: The Bottom Dimension’, the consciousness-raising game ‘arose from frustrations over the centralisation of power, knowledge and resources in contemporary Brazil, with inequality, difficulties of access and navigation especially concentrated for Black and Indigenous peoples,’ Eva Jäger, curator of Arts Technologies and co-investigator of the Creative AI Lab at Serpentine and King’s College London, tells designboom.

On November 25, 2022, Serpentine Arts Technologies will also release the third edition of Future Art Ecosystems (FAE), the annual strategic briefing by and for the cultural sector. Launched in 2020, the initiative provides concepts, references, language, and arguments that can be integrated into operational agendas for the construction of 21st century cultural infrastructure. The third edition, titled ‘Building Hybrid Worlds’, focuses on emerging Web3 technologies and their implications for practitioners, organisations, funders, and policy makers. ‘Through a series of interviews with specialists across art, Web3, crypto, DWeb, innovation policy and civic, FAE3 formulates a series of prospective strategies for existing and new cultural organisations interested in art and advanced technologies (AxAT) and the latter’s role in supporting resilient democratic societies,’ Jäger explains. To find out more about Future Art Ecosystems, Artist Worlds and the Serpentine Arts Technologies program, read our interview in full below.

designboom (DB): What is the purpose of the Artist Worlds commissions?

Eva Jäger (EJ): Artist Worlds is an ongoing series of commissions and live events that support artistic practices that engage with simulated realities, immersive story-telling and virtual world-building. The projects invite audiences into new artist built virtual worlds to explore and discover their practices, processes and ideas. Since 2013 through our commissioning programme we’ve been working with artists (including Ian Cheng, Danielle Brathwaite-Shirley, Trust and Jakob Kudsk Steensen) who use CGI and simulation technologies like game engines to develop expansive, interactive and sophisticated projects and we’ve seen this adoption and experimentation grow during this time, particularly in the wake of the pandemic and the rise in the player-base of video games across different demographics of society. Artist Worlds is a commitment to supporting artistic experimentation in this field while it also supports open collaboration with our audiences and we hope to eventually get to the point of co-creation. 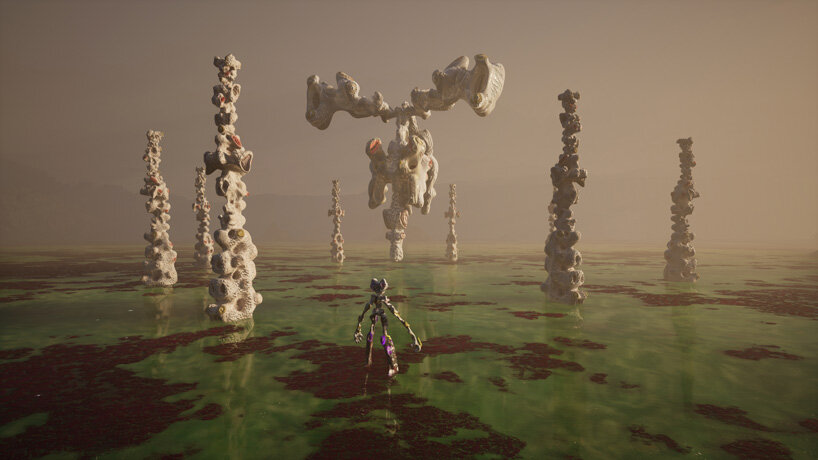 DB: How did the collaboration with Brazilian artist Gabriel Massan begin?

EJ: Gabriel was asking lots of the same questions we were in terms of the possibilities of decentralisation and interdependence. As a multidisciplinary digital artist, they view their practice as a process of creating decentralised lifeforms and ecosystems designed to subvert the spatial, social and socioeconomic stratifications of colonialism and its reverberations. We had lots of studio visits during the commissioning process, but ultimately it was clear it should be Gabriel. Their Artist Worlds commission, a video game called Third World, arose from frustrations over the centralisation of power, knowledge and resources in contemporary Brazil, with inequality, difficulties of access and navigation especially concentrated for Black and Indigenous peoples. The collaboration began with an R&D period to develop the game proposal, allowing for research into game design, critical theory such as Saidiya Hartmaan’s practice of ‘Critical Fabulation’ and advisory sessions with practitioners like narrative designer Meghna Jayanth, all the while refining the project’s core questions and intent. Leveraged by Tezos, Third World’s Web3 strategy will expand the game’s reach into online player communities by building an active and ongoing archive of gameplay. 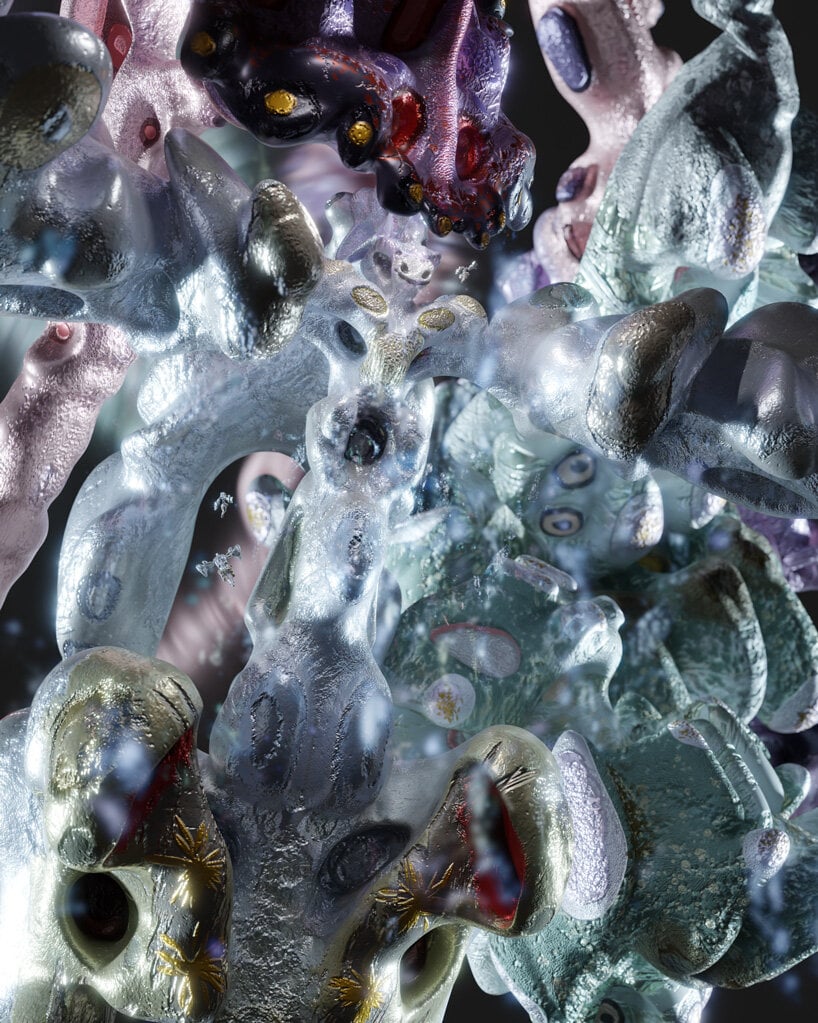 DB: Massan describes ‘Third World’ as a ‘consciousness-raising game’ — could you explain what the game is about and how it focuses on increasing players’ awareness?

EJ: As a player in Third World you must navigate through a disorienting environment; where night turns to day in the blink of an eye and there’s no map to be found. As you explore the world, you find collectible knowledge-artefacts that populate your memory over the course of play. As these artefacts are collected, they unlock parts of the game’s evolving narrative and discourse, which unfolds through in-game films. The artefacts themselves have been designed together with some of the games featured artists and carry insight and knowledge from their own practices relating to principles and issues of transmutation, healing (cura), interspecific spirituality and ancestry (Castiel Vitorino Brasileiro), pollution, resource extraction and environmental mismanagement (Novissimo Edgar).

From the beginning, Gabriel wanted to find a way to reveal and share stories about lived experience without reproducing the same images or delimiting systems through the process. This desire led not only to a decentralised and more abstract approach to representation, but also to an enquiry into how games themselves could shift power relations, resurfacing knowledge and possibilities made distant through colonial design and intent and how they could generate real world value for players.

One of the game’s key features is an in-built photo/video capture mode that activates bespoke distortion filters as the player navigates through the environment, and that connects to the game’s accompanying Web3 strategy. When Capture Mode is activated, the view of the game switches to a first person view, allowing the player to access two different types of cameras, a Super Sensitive one with distorted axis angles (45 degrees crooked) that allows free movement around the player and a Selfie Camera (a gopro-style camera on top of the playable characters’ head). It prompts the player to save gameplay moments as minted memories; seen as personal tokens of understanding and intention made possible by moving through the game. The project plays with the role of memory, embracing the creation and retainment of experience as a form of empowerment to aid navigation; integral to how the player learns an awareness of the wider world that supports (rather than destroys) development, growth and evolution.

Gabriel Massan’s ‘Third World: The Bottom Dimension’ will launch in February 2023 online via Steam and onsite at Serpentine and amplify Serpentine’s commitment to gaming projects.

NFTs Are Dead? Even in Bear Market, a Bored Ape Sells for Nearly $1 Million

Will the FTX Collapse Lead to Better Cryptocurrency Regulation?