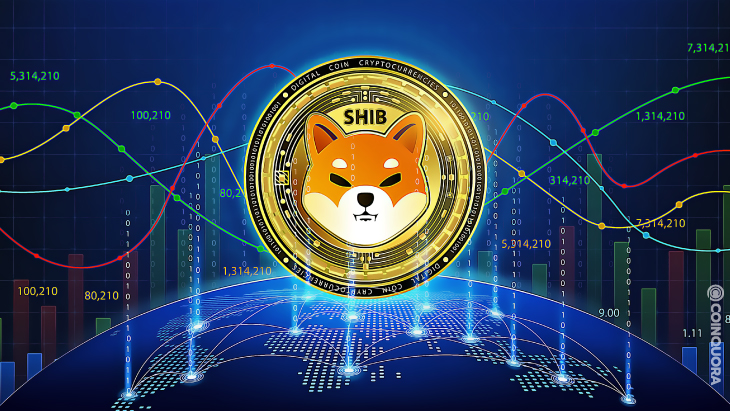 SHIB’s price is still down in the last 7 days, however, dropping by around 3.79%. The 24 hour price movement of SHIB may be a temporary break in pattern from the trend seen over the last week for the meme token.

Ranked number 16 on CoinMarketCap’s list of the largest cryptocurrency projects by market cap, SHIB’s market cap currently stands at $6,487,193,411. The daily trading volume of SHIB has fallen slightly in the last day with a 6.42% decrease, and the 24 hour trading volume totalling around $273,055,519.

SHIB has broken out of a classic bearish chart pattern called a descending triangle. Following the break out of the pattern, the price of SHIB posted a slight gain over the last 24 hours. It is still not confirmed whether or not SHIB will continue its move upwards. It does however seem that it will not be going down in the next few hours when looking at the 4 hour chart.

The RSI is also above the RSI SMA line which signals that SHIB has turned slightly bullish on the short-term timeframe. Another factor to keep in mind is that the SHIB community is still burning tokens. Should the token burning continue, and the trading activity remain somewhat flat, then we could see SHIB gradually rise.

Disclaimer: The views and opinions expressed in this article are solely the author’s and do not necessarily reflect the views of CoinQuora. No information in this article should be interpreted as investment advice. CoinQuora encourages all users to do their own research before investing in cryptocurrencies.

Binance’s CZ is the man who has lost the most money in history: Report

Crypto contagion is main risk to the market, says analyst

Cronos (CRO) And CashFi (CFI): The Importance of Utility to Crypto Projects