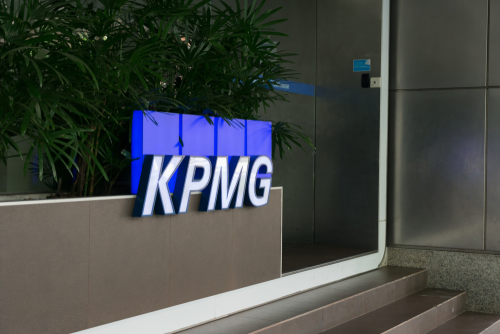 KPMG has revealed that despite the ongoing bear market, the cryptocurrency market is maturing.

KPMG, one of the Big Four auditing firms, has revealed in its September Pulse of Fintech H1’22 report that the cryptocurrency market is maturing.

According to the auditing firm, the crypto and blockchain sector continues to show signs of maturity, despite global and ecosystem challenges.

KPMG said despite the decline from the all-time highs recorded last year, the continuous growth highlights the growing maturity of the space and the breadth of technologies and solutions attracting investment.

Despite the growth in the market, some blockchain startups continue to struggle. KPMG France Director of Blockchain and Crypto Assets Alexandre Stachtchenko believes that some startups may need to cut valuations to raise money so they can maintain operations. He said;

“Of course, some cryptos will die out — particularly those that don’t have clear and strong value propositions. That could actually be quite healthy from an ecosystem point of view because it’ll clear away some of the mess that was created in the euphoria of a bull market. The best companies will be the ones that survive.”

In its report, KPMG said the face of crypto investors is dynamically changing. Retail investors remain crucial to the crypto market, but institutional and corporate players constitute a growing share of the capital influx.

The auditing firm added that with El Salvador and the Central African Republic adopting bitcoin as legal tender, there is an increasing interest in the sovereign applications of cryptocurrencies.

The interest is particularly high among developing nations than the developed countries like the United States, which have strong fiat currencies.

KPMG added that interest in stablecoins would increase over the coming years. Corporate entities are now looking at stablecoins to better leverage the operational advantages of crypto.

With stablecoins, they get to enjoy reductions in costs and delays, increased visibility, more rapid liquidity, and greater ease of use, the auditing firm added.

The bear market has seen the total crypto market cap decline by more than 60% over the past ten months.

Why is NFT market declining in 2022: We give you five reasons