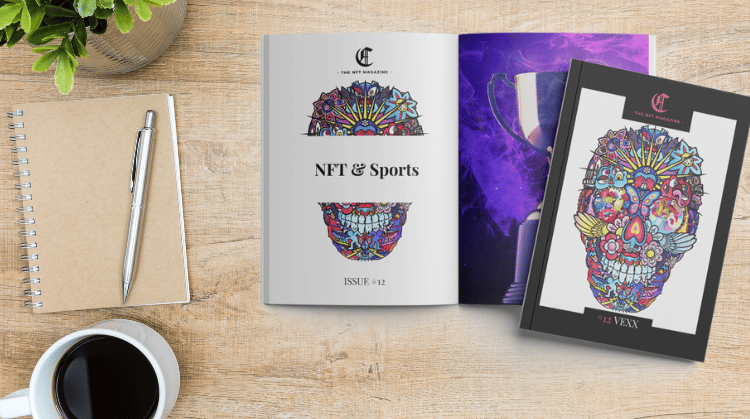 The NFT Magazine: Vexx on the 12th issue

The NFT Magazine, a project created by The Cryptonomist and ArtRights, is now in its 12th edition. So it has been a year since the magazine was first published on the Ethereum blockchain.

The journal will be on sale on OpenSea in public sale starting Oct. 2, at the cost of 0.05 ETH, with artist Vexx on the cover.

It should be noted that almost all previous NFT Magazine issues have sold out, with over 110 ETH in total.

Vexx is one of the most recognized visual and NFT artists of his generation. A self-taught creative working out of Belgium, he started his signature doodle style at 16 years old.

His clients include Porsche, Puma, Converse, Samsung, RedBull, Amazon Prime, AJ Tracey, Stormzy, and he has been featured in Complex, NTWRK, and the cover of Time Out NY’s expose on NYC Street art.

Those who own one or more copies of NFT Magazine also get other benefits besides reading the magazine.

One of these is the NFTM token, which is used to purchase artworks by emerging artists selected by the team in the Gallery section of the project’s official website.

In addition, those in the Discord channel or who subscribe to the mailing can access whitelists for various projects with which the team forges collaborations, events, and more.

The Readers Club, in fact, was created as an aggregator for NFT Magazine holders to exchange opinions and also suggest issues and artists to be included in future editions.

After September – Can We Expect UPtober?