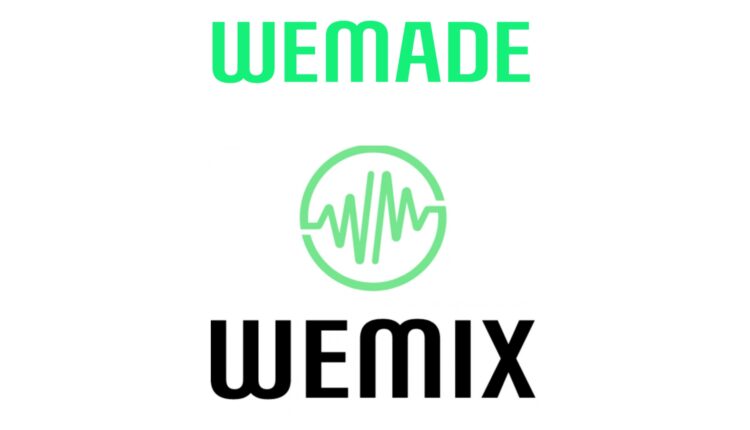 Wemade has been focusing on expanding Wemix by onboarding more games in order to create a fully-functioning environment. Wemix already has many active games on its platform in several forms — from Mir4 to Gunship Battle: Crypto Conflict and more — but the company is still eager to bring even more games onto their platform.

The cryptocurrency aspect for P2E games has mostly been game-specific. Axie Infinity, for example, has AXS and SLP (Smooth Love Potions), and these are only used in Axie Infinity. That being said, however popular Axie Infinity gets, AXS and SLP will not exist outside that game’s environment.

Wemix is completely different. There are more games available on Wemix with each passing day, up to seven published games on the platform as of now. Moving forward, there are about 30 more games in the pipeline, waiting to be published such as Blade: Re.Action, Dark Eden M, Dekaron M, Arcane M, etc. About 30% of CEO Chang “Henry” Hyun-guk’s goal of onboarding 100 games within this year has been accomplished.

These games on the Wemix platform share the blockchain platform and the cryptocurrency itself. However, Wemix isn’t used directly in the game. Basically, the tokens in the games are game-specific. Draco and Hydra are only used in Mir 4, and Milico is only used in Gunship Battle: Crypto Conflict.

Although Wemix has been on a roll and expanding by onboarding more games, the platform is not without hindrances before it. There was an issue when Wemix was sold in massive quantity and so the value of Wemix dropped drastically. This could be a tight situation for Wemade, as they had mentioned they’ll continue to use Wemix to create the Wemix environment, and that they’ll use 74% of the issued Wemix to create the ecosystem.

There are several ways to create this environment or ecosystem. The first way is onboarding more games, as mentioned above. The second is about Mergers and Acquisitions (M&A) — when Wemade acquired SundayToz, Henry Chang said, “We will boldly expand M&A to expand the Wemix environment.”

The third is about liquidity. Liquidity is the most important part of the current Wemix situation. Liquidity in economics is directly connected to the monetization of an asset. In easy words, high liquidity means that something is easy to monetize. This is why Wemix has been focusing on liquidity — it’s more than necessary to create a proper ecosystem for Wemix’s future.

Assets that lack liquidity carry issues when you try to trade them. A bank note of $5 has high liquidity, because you can easily exchange it for items that cost $5. However, if an asset has low-level liquidity, the change in value can be drastic, and the holders could face massive losses. People tend not to invest in assets with possibly high slippage rate. This is why liquidity is an important issue and one of the reasons Wemade sells about 1% of the issued Wemix, about 10M, every month. They are working on Wemix’s future, all according to plan.

Even so, eyes on Wemade and Wemix haven’t always been positive. Wemade made their quarterly report public to relieve the investors’ concerns, while also announcing that they’ll retire 1% of the published Wemix whenever the price goes up by $10 up to $200 — this can mean that they will retire about 20% of the total amount.

In order to further recover trust in Wemix, Wemade decided to pause their actions in trying to increase the liquidity of Wemix in order to stabilize the currency’s value. Henry Chang also moved forward to recover the investors’ trust. He had announced that he’ll be receiving his salary through Wemix in the February conference call, and this was put into effect within two months — he transitioned all of his salary and dividends to Wemix.

Meanwhile, Wemade has also been focusing on the blockchain industry. The company announced a staking service and Decentralized Finance [De-Fi] service, Kleva. With the staking service, if people stake on the Wemix wallet, they are rewarded through Wemix — they expand the usage of Wemix which only had value in monetizing or transitioning to Wemix-based tokens. It is the same with the De-Fi service. The De-Fi users are rewarded for increasing liquidity if they deposit Wemix on Kleva. This is called yield farming.

This way, Wemade is improving the entire Wemix platform and ecosystem and not simply expanding a single P2E game.

Here’s Why This Rare CryptoPunk NFT Just Sold For…