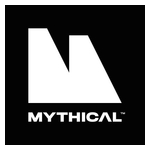 LOS ANGELES–(BUSINESS WIRE)–Next-generation blockchain gaming studio Mythical Games has announced a partnership with Kakao Games, South Korea’s leading publisher of online and mobile games. Moving forward, Mythical will integrate and support the BORANETWORK – an affiliate of Kakao Games and its proprietary blockchain and layer 2 ecosystem – as both entities continue their expansion in Asia.

In addition to the integration, Mythical will be joining BORA’s node validator and governance committee, a major milestone for both parties as they continue to expand to global markets.

Rudy Koch, Co-Founder at Mythical Games, said, “We are thrilled to be joining the BORA node validator and governance committee. We see BORA not only as a next-generation blockchain, but also as a leader in bringing entertainment to Web3 in Korea – giving them a unique edge that no other protocol has. With Mythical’s expansion into Seoul earlier this year, we are keen to strategically align with leaders in the region.”

BORANETWORK CBO Young-joon Lim said, “We’re thrilled to be working with Mythical Games and welcome their onboarding on BORA. Mythical Games is a pioneer and visionary in Web3 building ‘play and own’ game economies,” and added, “We will explore cross-promotion opportunities and potential collaborations in order to create synergy between each platform.”

Mythical Platform protects gamers that may be new to blockchain through a custodial wallet for their digital items, while allowing advanced players the freedom to link their own wallets via bridges between the Mythical Chain and public mainnets. With its “gamers-first” focus, the Mythical Platform ensures players don’t need to dive into the intricacies of blockchain to enjoy ownership of their digital collections and have a great game experience.

METABORA is an affiliate of Kakao Games and the parent company of BORANETWORK focused on game development and blockchain-based gaming ecosystems. Its portfolio includes mobile games such as ‘Friends Popcorn,’ ‘Friends Town,’ and ‘Friends Shot’ based on Kakao Friends intellectual property (IP). METABORA is expanding its platform beyond traditional gaming to focus on the development of blockchain technology and the Metaverse.